Loz Ives is a designer, illustrator and letterer from the rainy North of England. That's him over there stuffing a hot dog into his face.

Typography has always been prominent in Loz’s work, whether it be design or illustration, and with his alter-ego, Idle Letters, what started out as an excuse to draw some letters outside of client work has become has grown into a huge part of his day to day creative output working with brands such as Invision, Penguin Books, BBC and Original Penguin.

Loz has built a reputation for creating playful work, using plenty of
colour and texture, that doesn’t take itself too seriously. Work to make people smile.

Alongside his illustration work, Loz co-founded design and technology studio Fieldwork, and a founding member of These Friends of Mine﻿, a Manchester based creative community and studio space. 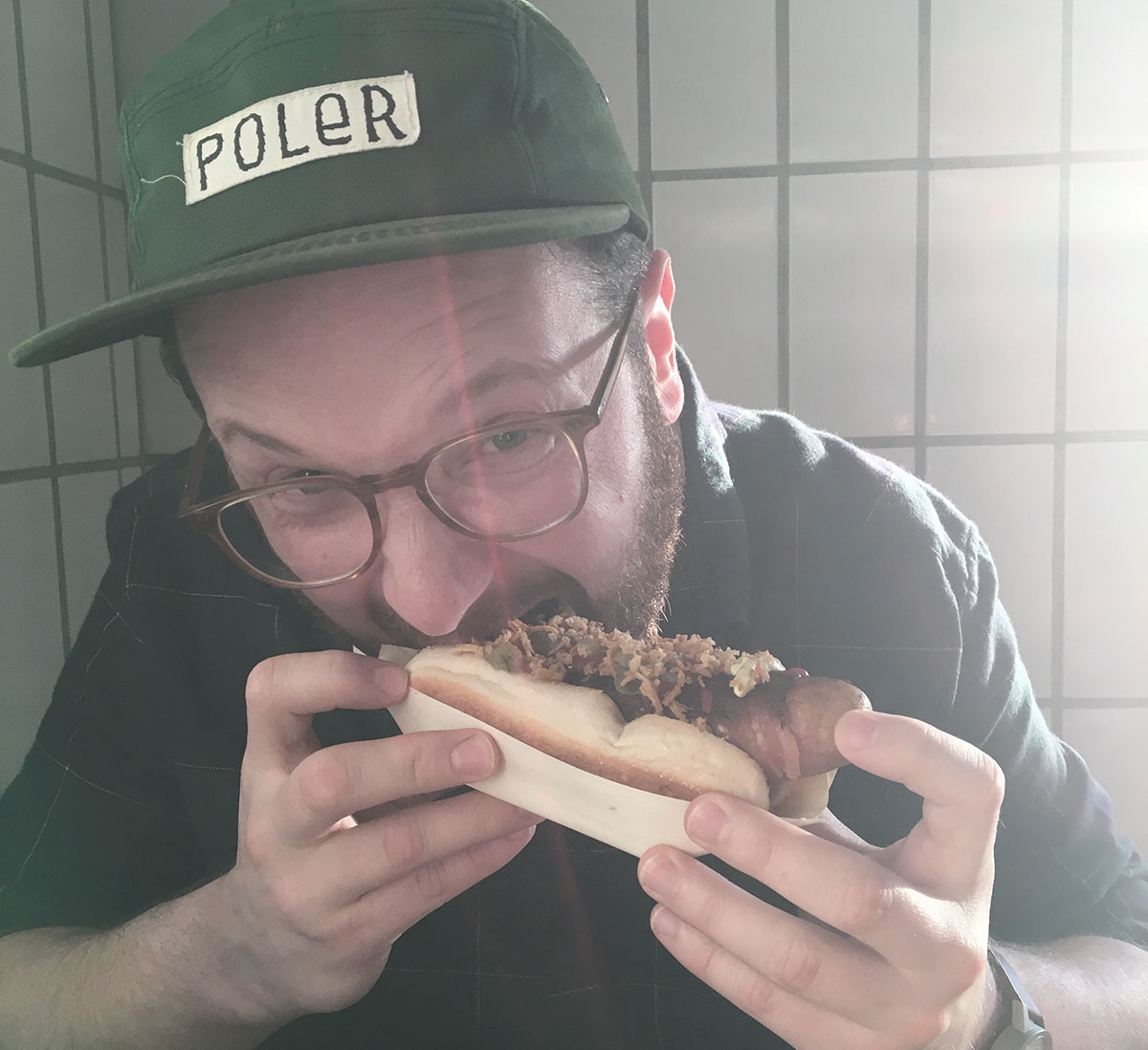 All the Music, playing the drums (badly), watching Community, the
trials and tribulations of Wigan Athletic, his cat, and most importantly spending time with these 2 crazies﻿.

Let's be honest this is definitely not going to be a regular thing, but If you're interested in finding out about brush releases and new work I've done then sign up and keep in touch!